ABS Keeps You Off Skid Row 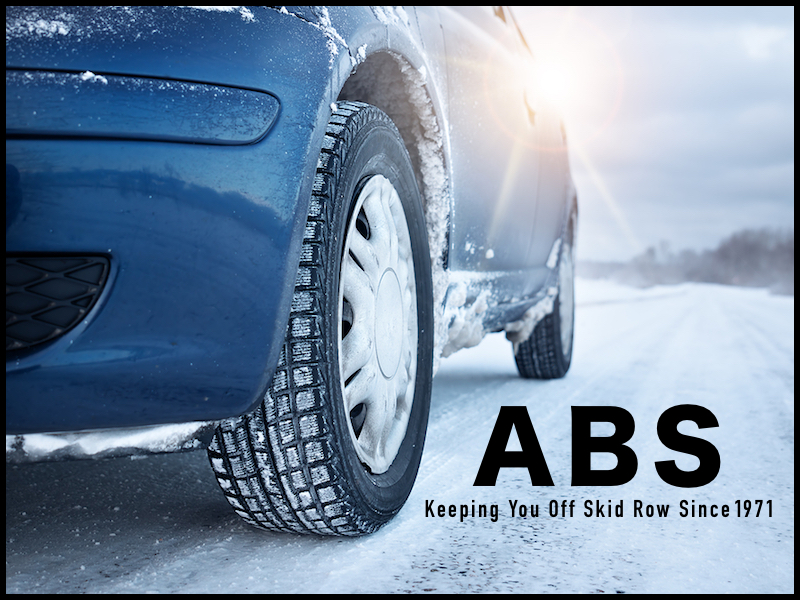 If your car has ever started skidding on a wet or icy road, you know how terrifying it is to lose control of both steering and braking. Now, envision that same panic situation while trying to land a plane on a short, narrow runway.

Anti-lock braking systems first appeared in aircraft and then motorcycles before the technology became available in production autos. Since it has been a standard safety feature for decades, many of today’s drivers have never driven a car without ABS.

The anti-lock brake system was engineered to prevent wheel lock-up during a skid. It does this by applying and releasing the brakes up to fifteen times per second, depending on the optimal rate for maintaining or regaining control.

In the days before ABS, new drivers were taught to pump the brakes in an emergency traction-loss situation. With ABS, you are supposed to apply strong and steady pressure to the brake pedal if you are in jeopardy of skidding. Though your adrenaline and blood pressure probably skyrocket, the capable ABS system takes over:

1. Monitors the speed of the wheels
2. Determines the necessary braking pressure
3. Regulates the surge of hydraulic fluid to the brake calipers respectively

You can tell it’s working when you feel the pedal vibrating. The crucial parts of the ABS system are the wheel sensors, valves, pumps and electronic control unit (ECU).

If your ABS service light comes on, or you feel a change in your brakes, call Richins Car ProfessionalService to schedule a brake inspection and service. We can be contacted at 8015711111. Thanks for visiting our blog.