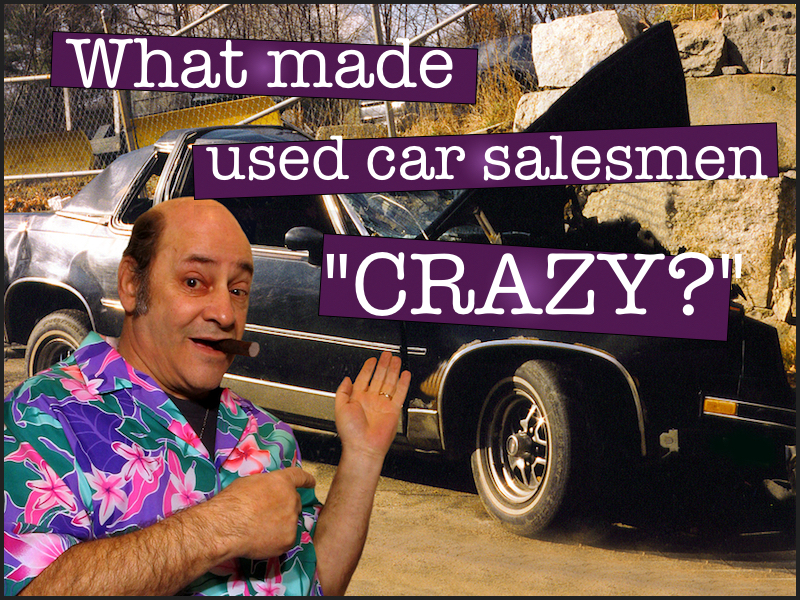 Local television commercials for used car dealers usually have a couple of things in common: they are low budget and they star a salesman who is selling cars so cheaply that he must be out of his mind. It’s been this way for years, but why? Who came up with the idea to feign insanity for the sake of car sales?

The answer is Earl “Madman” Muntz. Muntz began selling used cars in 1941 in southern California. Because of World War II, no new automobiles were manufactured, so the used car business was gaining traction.

Muntz bought cars in the midwest and then paid servicemen to drive them to California on their way to report to military service. In California, used cars fetched higher prices.

In addition to a brilliant business model, he worked with advertiser Mike Shore to come up with an attention-getting campaign. The “Madman” was born.

Muntz was shown depicted as Napoleon on billboards (apparently, that was a thing) and claimed he was crazy for selling automobiles for such low prices. Newspaper ads read, “I wanna give ’em away, but Mrs. Muntz won’t let me–SHE’S CRAZY!” Manic radio commercials filled the airwaves and “Madman” Muntz became a household name.

Later, Muntz went into the TV business and popularized car stereos. He advanced automotive and electronics technology. But his greatest cultural legacy will always be the crazy pitchman persona that keeps local television interesting.

If you are in the process of buying a used automobile from either a crazy person or a sane one, bring it to us at Richins Car ProfessionalService. We can give you a used car inspection to help you make a good decision on which car is right for you. We would also be happy to assist you with all of your auto care needs. Call us at 8015711111.